In Memoriam: John Berger and Uses of Photography Quotes

Earlier this month, noted art critic John Berger passed away. His death immediately sparked ripples of mentions throughout photography and art communities online. Though his writings may have been eclipsed by the more-celebrated musings of Walter Benjamin and Susan Sontag, Berger’s observations on the propagation of the photographic medium are nonetheless as crucial and still relevant today.

When I heard of his passing, I immediately looked for my copy of About Looking (Pantheon Books, 1980) which I happened to find years ago amongst a pile of books left on the street. The book is a collection of essays by Berger written over ten years which were all previously published in New Society magazine and The Guardian UK newspaper. About Looking not only discusses the act of looking at photographs, it is “a fascinating record of the search for meaning within and behind what’s looked at.”

Berger’s most direct critique of our lens-based medium is an essay titled Uses of Photography, in which he writes down “some of my responses to Sontag’s 1977 book On Photography.” Without publishing the entire essay, below I’ve highlighted select quotes that introduce and elaborate on Berger’s idea of “an alternative photography” to counteract the medium’s nefarious functions and realize it’s altruistic possibilities.

WARNING: The following quotes contain radical (or what could be considered socialist) views on photography’s historical role in modern, Western society. Proceed with a decolonized mind.

“The speed with which the possible uses of photography were seized upon is surely an indication of photography’s profound, central applicability to capitalism. Marx came of age the year of the camera’s invention.”

“Photographs in themselves do not narrate. Photographs preserve instant appearances.”

“A mechanical device, the camera has been used as an instrument to contribute to a living memory. The photograph is a memento from a life being lived.”

“Has the camera replaced the eye of God? The decline of religion corresponds with the rise of the photograph.”

“The camera relieves us of the burden of memory. It surveys us like God, and it surveys for us. Yet no other god has been so cynical, for the camera records in order to forget.”

Upon (re)reading this quote I immediately recalled photographer/ethnologist Edward Curtis who made it his mission to document the North American native population because of his imperialist belief that they were “a vanishing race.” “… the current systematic public use of photography needs to be challenged, not simply by turning round like a cannon and aiming it at different targets, but by changing its practice. How?”

“The truth is that most photographs taken of people are about suffering, and most of that suffering is man-made.”

Certainly this quote speaks to the historical and systematic utilization of ethnographic photography of native and indigenous populations around the world. In our globalized era, suffering is injected into (public and private) visual culture through images of war and illicit pornography which is a byproduct of modern slavery or human trafficking.

“It is possible that photography is the prophecy of a human memory yet to be socially and politically achieved.“

“The task of an alternative photography is to incorporate photography into social and political memory, instead of using it as a substitute which encourages the atrophy of any such memory.”

Next Berger argues that photographs are typically used in a “unilinear way… to illustrate an argument, or to demonstrate a thought…” Consider the way a forensic photographer records the initial appearance of a crime scene as the first encounter and experience it through their subjective perspective. Berger also cites a photograph’s more common, tautological use so that it only “repeats what is being said in words.”

Although Berger argues that memory is not linear and works radially, with an “enormous number of associations all leading to the same event.” This radial pattern of memory is compared by Berger as being like the spoke of a wheel, which is a bit simplistic with just a single radiating plane. In my opinion, memory’s radial pattern has multiple (perhaps intersecting) planes and instead mimics the fractal-like, radiating pattern of a dandelion seed head.

Diagram of a radial pattern. 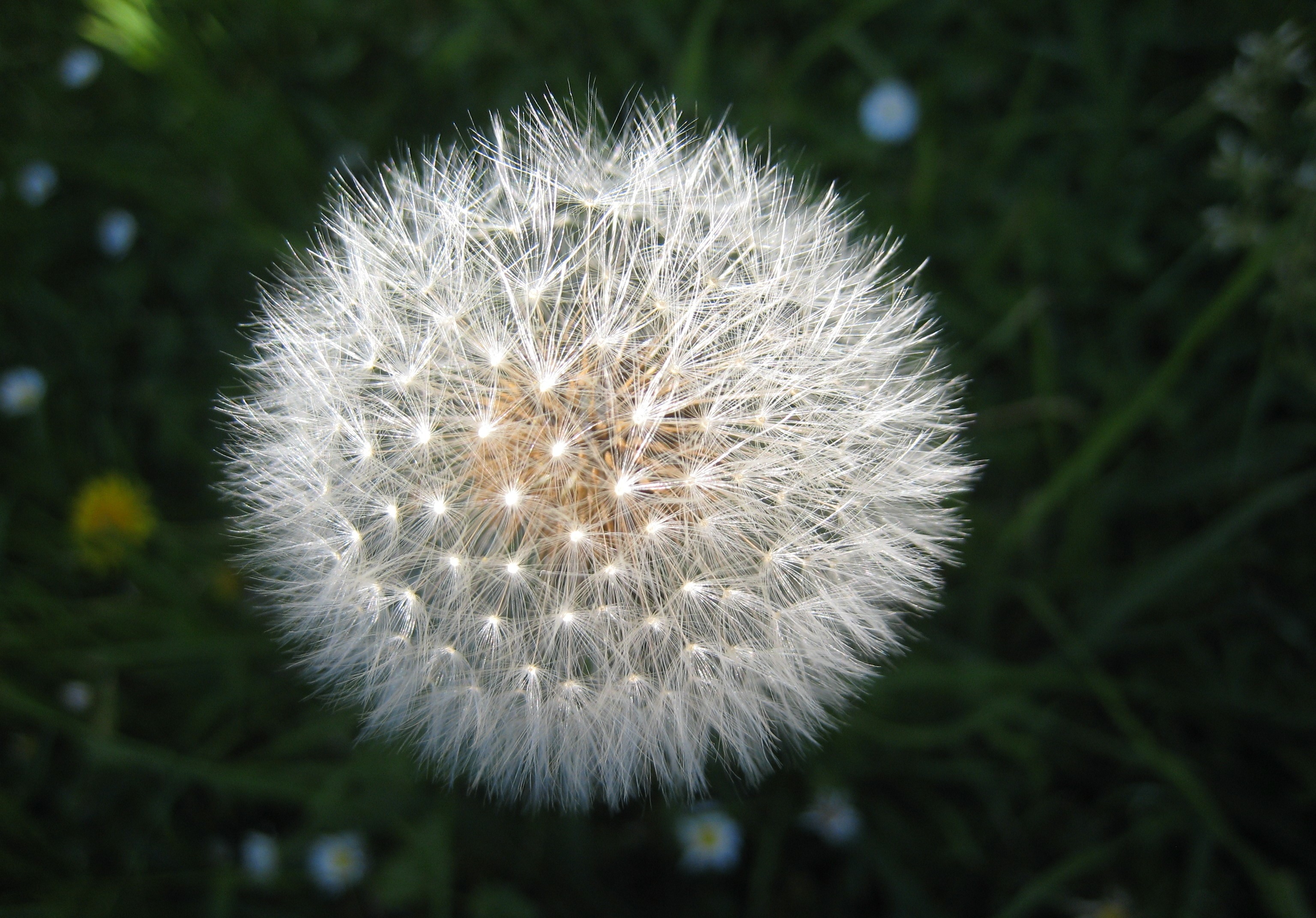 “A radial system has to be constructed around the photograph so that it may be seen in terms which are simultaneously personal, political, economic, dramatic, everyday and historic.”

I’m still trying to wrap my brain around this profound “radial system” and ways in which it can be used in storytelling and to display photographs in physical locations (galleries, public sites, etc.) More importantly I’ve come to the conclusion that perhaps Berger was signaling our use of the #hashtag as a descriptor and curator of images on social media.

Qiana Mestrich is a photographer, writer, digital marketer and mother from Brooklyn, NY. She is the founder of Dodge & Burn: Decolonizing Photography History, a blog that seeks to establish a more inclusive history of photography, highlighting contributions to the medium by and about people of underrepresented cultures. Read her other guest posts on the Baxter St blog: Photography and the Black Panther Party and The Black Female Self in Landscape.