What is That Camera Doing There? 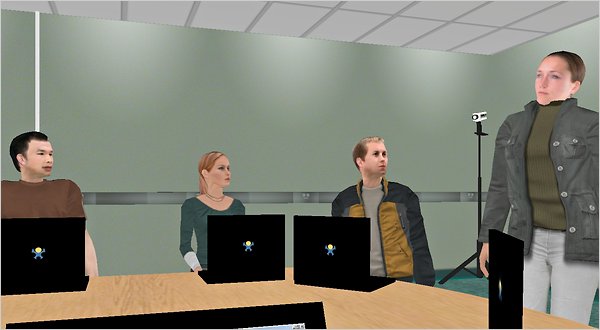 Two weeks ago, Kodak, the company that drove film photography for 131-years, filed for chapter 11 in order to restructure as a digital printing specialist. This week the Columbia Journalism school received an 18 million dollar donation to establish an institute devoted to digital media innovation. Both times, the first thing I thought of was the above image. It accompanied a ridiculous NY Times article last Spring that proclaimed “3-D Avatars Could Put You in Two Places at Once”! The part that stuck in my mind was a tiny detail in the image–nestled in the corner of the CG-conference room is what must be a video-camera, of the type that is commonly used in real conference rooms to broadcast the meeting to a screen somewhere else. But this was a virtual video-camera inside a virtual conference room all for a virtual meeting. So what was the camera doing there? Somehow this question never gets old. And when I read these two recent stories I realized it’s actually a very serious question: what is the camera doing there?

Let’s start with the obvious art writers’ party line on the Kodak/Columbia life-and-death see-saw. We could easily declare the death of analog and the rise of digital–this thing kind of writes itself, just  tack on a “kids these days will never understand real photography” angle or a “computer’s will solve everything” angle, and either way the conclusion is essentially the same: photography is dead, long live photography!

So this is what I want to ask specifically in terms of photojournalism–not how journalists will take pictures in the future but if they will at all.

The contemporary threat to the general practice of camera-based photography is more obvious when you look at commercial and entertainment photography, where computer-generated photorealism is probably less than a decade away from providing near-universal aesthetic and economic incentives over “live-action” and camera-based methods. But the digitization of social and political life threatens to discard the attendant field of photojournalism as well. As more and more social, economic, and political life is given over to non-visual informational networks, the needs, desires, and abilities to photograph that life decrease proportionately.

What iconic visuals (if any) will there be from the historic anti-SOPA/PIPA internet strike last week? What will be the front page visual for some future act of cataclysmic cyber-terrorism? They might be screenshots. They might be info-graphics. But they won’t be photographs. To be sure, a large portion of world events were never available to photography, e.g. the abstract vagaries of markets, most advances in the sciences, ect. But only recently has the political sphere ceased to have the type of reliable physical presence necessary for photography. I think this means that the cultural value of photography will also necessarily shift in the coming decades. Nothing about the digital revolution (so far) has substantively changed the fact that camera-based photography is the process of fixing luminous reflections of the physical world. But despite or maybe because of this, this type of photography finds itself fundamentally changed. Camera-based photography can no longer be considered to be the medium of historical documentation because much of history may no longer avail itself to the camera. It’s a kind of inverted parallax effect: the movement of the object (history) produces the apparent displacement of the viewing subject (the camera).

Case in point: a documentary by Ben Mendelsohn on one of the world’s largest internet exchange centers, 60 Hudson st.. The short film profiles the giant data center that resides within a nondescript brick building in Manhattan’s TriBeCa neighborhood. The center  serves as one of the internet’s largest switching-posts; in 2010, Google paid 1.9billion dollars to buy a similar data center nearby. The premise of the documentary is that 60 Hudson St. is proof that, despite what we think, the Internet is a physical thing made up of wires, terminals, ect. Interviews with computer scientists and employees at the center are juxtaposed with photographs of the server’s material “guts”. OK. But what are we actually looking at? To that end, the film also intersperses clips of the city’s bristling urban streets to draw an analogy between the two types of infrastructure. The social and political content of urban locomotion is a distinctly visual and visceral phenomenon that lends itself (and possibly even owes its parallel development) to the camera; this is something even the earliest filmmakers grasped. But the physical stuff of the Internet bears no visual marks of its social and political activity. The base technology of the Internet offers nothing to the camera and in turn images of it offer nothing to us, save the awe of incomprehensibility: the mute image of the technological sublime. As one of the disembodied voice of one of the center’s engineers narrates early on: “When you sit down and think about how much bandwidth and traffic is going through a site like this it will kind of boggle your mind, but there’s no time for that.” 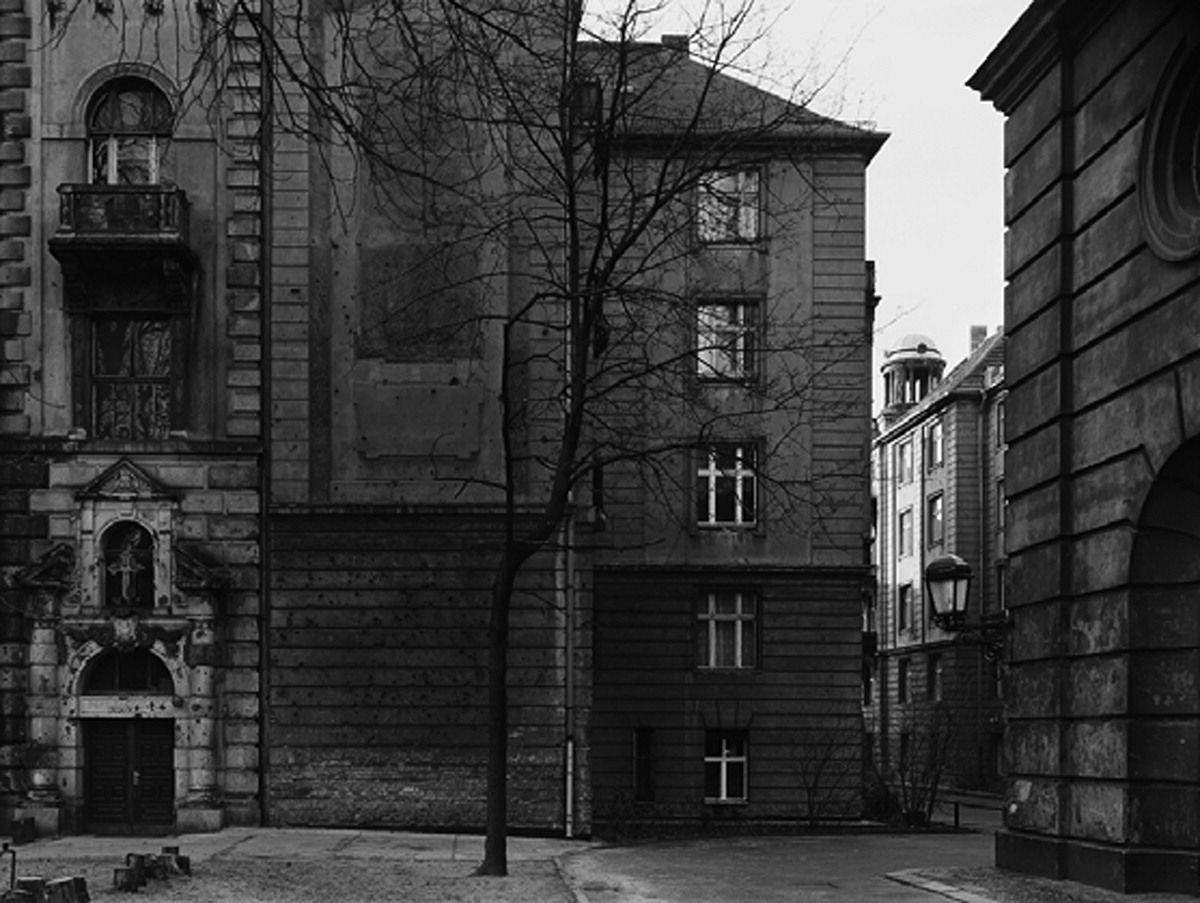 That isn’t to say such useless images have to be useless– only that they have to be worked into a more coherent critical framework. The post-Marxist critic Benjamin Buchloh has tried to construct such a framework around Thomas Struth’s most recent photographs of various technological sites around the world. Buchloh essentially recycles a thesis he had developed for Struth’s earlier urban photography, which had argued that the barren streets of those black and white urban portraits spoke to the social dysfunction of the contemporary urban environment, that they were like solemn cenotaphs for some lost socio-political body that had been evacuated from the revolutionary streets of yore. Buchloh sheds the Marxist nostalgia from his discussion of these new photographs, writing simply, “by confronting their technological incommensurability with the curiosity of the photographic eye, these images suddenly seem to contest the credibility of the photographic image, or to challenge the continuing functions of photography itself.” Buchloh’s prognosis is typically dour but it points to what might finally be a productive advance for our understanding of documentary photography. For a long time various critics have sought to rhetorically undermine the naive “credibility” of the so-called documentary photograph but the emergence of invisible politics (can invisibility emerge?) actually manifests this critique as an ineluctable condition. It doesn’t matter if we believe in the documentary power of photographs when the world refuses to have its picture taken.